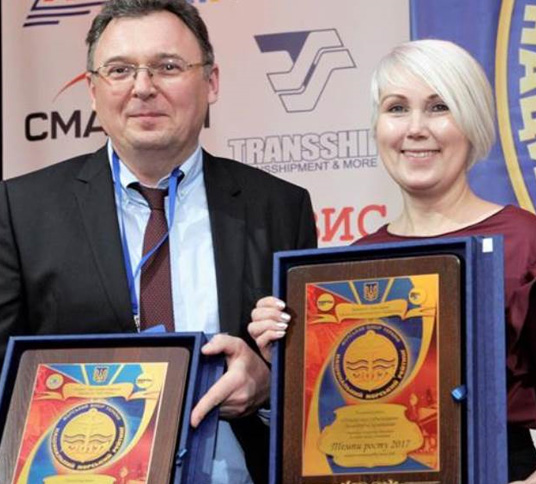 CIL took first place in the category "Growth Rates" whereas it was awarded for increasing freight turnover by 60% year on year. It also took the third place in the "Absolute Growth" category, increasing cargo turnover by more than 900 thousand tons. And finally, the company received a special award from the Rating organisers “The golden tonne” for beating its record of an annual cargo turnover (with a result of 2.5 million tons).

The award ceremony took place on 23 March in Odessa and is one of the main events for the Ukrainian maritime industry. The ceremony was attended by more than 250 key executives representing over 100 companies as well as representatives of national authorities.

The winners in different categories are determined based on the individual performance indicators (tons handled, terminals built, berths, percentages of growth, transported containers, etc.) and on opinions of experts (this time there were 82 leading experts of the industry).

Despite the limited resources, having berth length of only 200 meters, very tight space, maximum depth at the pier of 10 meters and total staff list of less than 200 employees, "Danube Shipping-Stevedoring Company" LLC in 2017 achieved high results, which made it one of the Ukrainian National Maritime Rating nominees and winners.

Below: Mr. Aleksandr Molotov, Terminal Director, receiving the award on behalf of COFCO International and the Danube Shipping-Stevedoring Company port in Nikolaev, Ukraine.